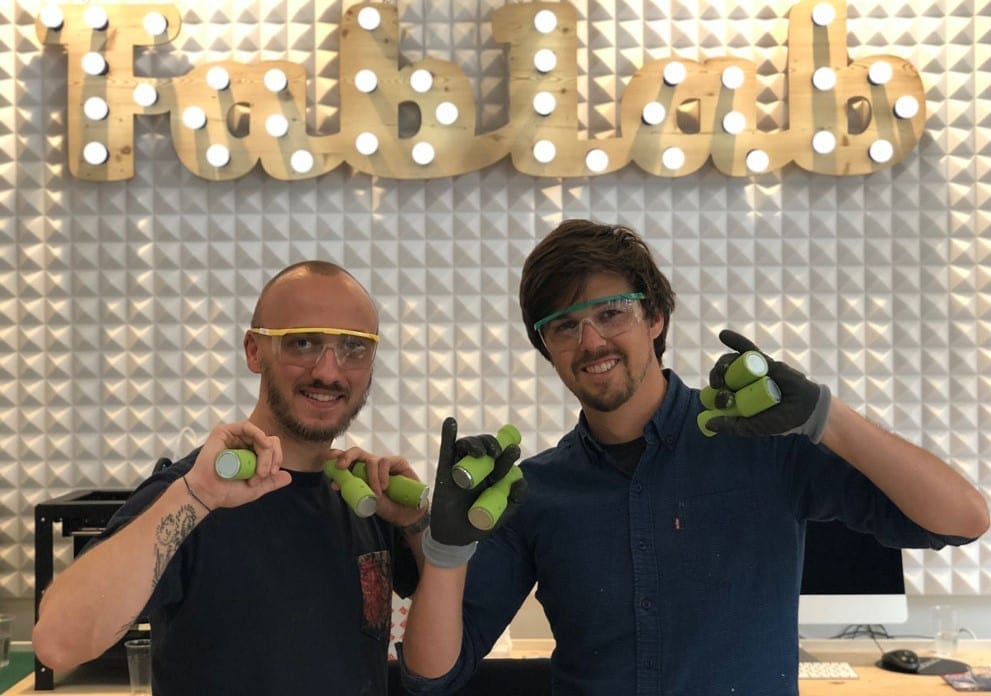 Intrapreneurship with “Enedis, Paris” and onepoint

To foster the innovative ideas of its employees, “Enedis à Paris” implemented a platform for collaborative innovation and an intrapreneurship-dedicated tool to crowdsource internal skills. By the end of 2017, Kevin Ozenne and Emilien Thorel presented their project “L’Aimanterre” (‘magnetearth’) and pitched it during the 4th edition of the intrapreneurship program.

Every four months, intrapreneurs present the projects they have submitted on the platform. This one was voted by their colleagues as one of the most innovative and useful projects in the field.

Anouar El Fathi, manager of the program, likes to remind us that

Kevin and Emilien conceived this project to tackle security and response time issues of Enedis’ cable test vans. These vans can locate faults that are causing power failures in the underground electrical grid by sending a pulse down the cables. The vehicle has to be earthed to ensure the safety of the van and its passengers as well as to avoid power surges. Today, the earth loop consists of a metal rod driven into the ground, but there are many drawbacks to this type of installation, especially in urban areas where little soil is available.

“L’Aimanterre” suggests using magnets instead of a metal rod.The magnet can be plugged to any type of earthed urban equipment already in place, such as down water pipes and poles, enabling a faster and safer installation of the vans.

« We fell in love with onepoint's proposition - Alexandre Zamani (ENEDIS) »

The Fablab : a place where ideas come to life

To build the first proofs of concept for the magnet, the innovation team of “Enedis à Paris” met with different startups and visited several places, but in the end, it was Samuel Bernier, onepoint’s Creative Leader, who impressed them with the FabLab offering and the assistance he could provide.

A one-day co-design workshop with Kevin, the intrapreneur, and Alexandre Zamani, an engineer at Enedis, produced three prototypes of the magnet in different sizes. They were then printed in 3D at onepoint’s FabLab and tested in a street nearby. The next step was designing a functional prototype to be tested in real conditions by the RDD team of “Enedis à Paris,” who is in charge of identifying faults.

Initially, only the design and the prototype were to be developed in the FabLab, followed by an industrialization phase conducted elsewhere. However, since the model was quite simple, Samuel could propose a molding production process directly in the FabLab.

For this second phase, a two-day FabLab workshop allowed to create the molds and produce the ten magnets that Enedis needed for its cable test vans. Thanks to onepoint expertise in co-design and product design. Kevin and Alexandre were able to actively take part in the whole process of creation.