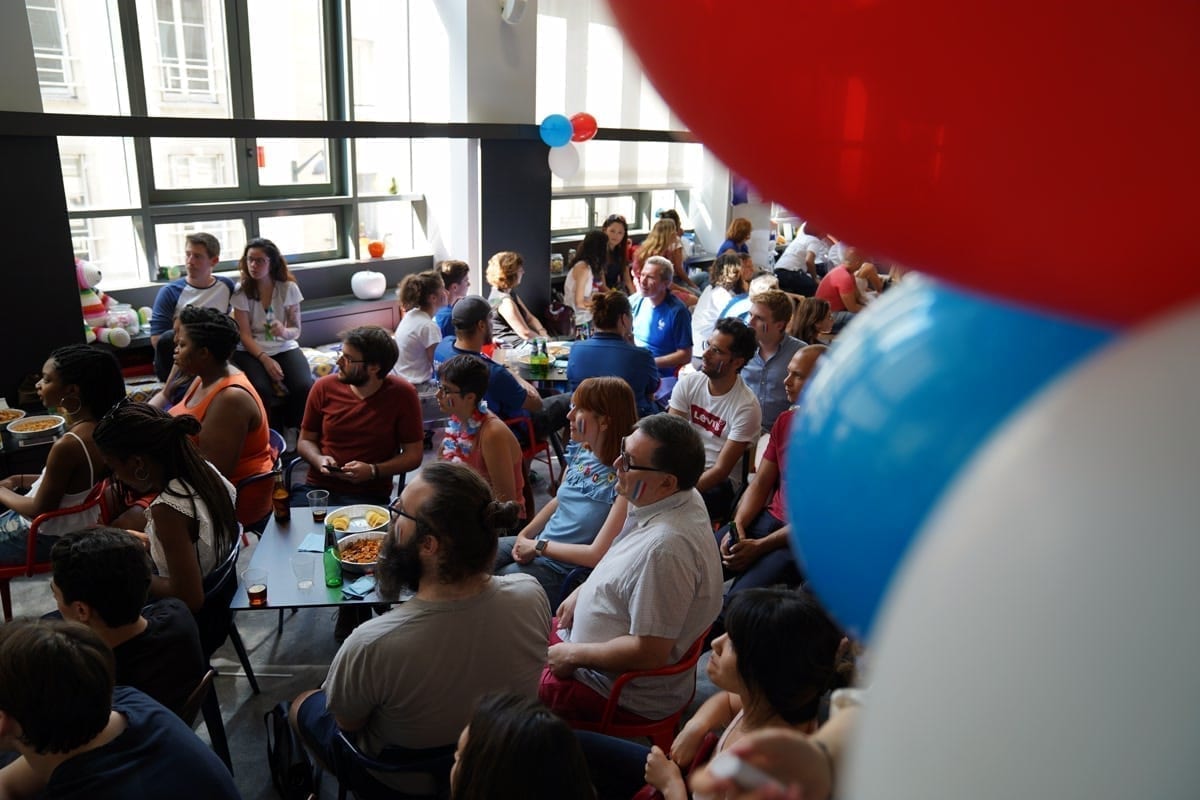 Digital technology opens up a more chosen and therefore freer relationship with the fraternity. In the face of the unpredictable and dazzling development of machines, it is the ability to feel empathy, to nurture and transmit the feeling of brotherhood that makes us irreducibly human beings

Digital technology: a vehicle for fraternity

By seizing the digital promise, our country projects a brand new image: daring, technologically advanced, flourishing with startups. This revolution holds not only the factory of the future or new means of communication but also the rise of a new individual who is integrated into a mixed human-machine ecosystem. The question is whether these new, augmented individuals will still be capable of fraternity and solidarity. How will they nurture this aspect of the tripartite motto of the French Republic, which cannot be measured in terms of algorithms and productivity, but which at the same time affects the two other pillars, namely equality, and liberty?

We are witnessing the emergence of a new form of solidarity embodied by networks. As a result of the advances in digital technology, sororities (female fraternities) thrive and can cover complementary or even the same areas as fraternities. These advances are a catalyst for a new mindset, one of human networks based on solidarity and unspecified regarding gender, since their universal human quality is already acknowledged by society. Digital technology is a new stimulus that reactivates our liberty, redistributes equality, and enables us to shift from a sometimes-endured fraternity to a chosen adelphity: we become “adelphi”, a Greek word meaning “siblings” which dispenses with gender.

Towards an adelphity grounded in values

Fraternity is neither a legal concept nor a human quality. We give this name to a relationship with the other, a transmission, a sort of presence, a movement towards the other. Alexis de Tocqueville, the French diplomat, recalled “how hearts became closer to one another for an instant and souls were uplifted” when Parliament was about to meet after the French Revolution. Fraternity would indeed be at risk if we only considered the pitfalls attributed to digital technology: it breaks the chain of time, valuing transience and anonymity, and makes the individual turn to screens and virtual worlds. Digital technologies thus challenge authenticity and proximity in both the private sphere and the workplace.

Quite on the contrary, though, it seems that fraternity does redeem these values and gives them a new reality.

Formerly, fraternity was, up to a certain extent, endured. You found it in your neighborhood, as well as in your social and professional environment. It was somehow inherited and it confined individuals to absolute identity categories, sometimes for life.

It was also a founding religious and even interreligious value often associated with groups lacking freedom of choice, Masonic fraternities, and secular confraternities excepted.

Digital technology opens a world of choices for us. What is more, today we have new means of action serving adelphity: appeals, fundraising campaigns, petitions… The digital revolution creates new forms of instantaneous solidarity that are rooted in the real world and enables the re-creation of horizontal links, freed from hierarchic structures and centralized management.

As a chosen and manifold virtual identity comes to complete the classic identity, adelphity is consciously spread through all aspects of our lives.

The experience gathered during the last years shows that adelphity finds its flow within the new modes of business organization. Does this relate to the fading statuses? Or maybe to the struggle to earn back the right to fail? Businesses that are organized in circles or communities reshuffle the way people relate to one another. They rediscover kindness and, as opposed to vertical organizations where the boss is king, they are obligated to be aligned with their fundamental values. And, because the world is not static, these values evolve and adapt to better serve the business’ vision and project. Sustained awareness and vigilance are necessary in this new world to ensure that organization and relational modes remain permanently aligned with values.

This alignment also extends to the individual. Faced with fast rhythms, expectations of performance, and constant interaction, individuals need to regularly ensure that their values remain aligned with their wishes. It is a necessary condition for stability and happiness. Adelphity is at the crossroads of the happiness of employees and a company’s innovation capacity: “quality of life means to be able to live, love, have true friendships, fulfill at least some of one’s potential” (Edgar Morin).

Knowing oneself as the key to fulfilling adelphity

A sort of rehumanization, appropriate to these organizations that grant autonomy and emancipation, is underway, and adelphity entails both this liberty and this form of indetermination. Rehumanization also requires rediscovering oneself. As an example, we can mention the Toltec agreements and their fundamental principles, which reflect this ethics of the self: be impeccable with your word, do not take anything personally, do not make assumptions, always do your best. Self-knowledge, self-discovery, and self-control are at the heart of fraternity. Our choices regarding groups, peers, and the scope of our equality build self-knowledge and simultaneously stem from it.

In the end, digital technology allows us to enjoy a more volitional and free approach to adelphity. In the virtual world there are several “me” and, in turn, several “we”, sometimes still indeterminate, available and open to us. Lastly, the business of tomorrow could put the Humanities back in the spotlight: knowing oneself, trying to find the meaning of one’s life and sharing it, examining the mystery of one’s relationship to others. When freed from the sociological principles of hierarchy and authority, these ontological imbalances surface again bringing about more creativity, liberty, and adelphity.

Adelphity: humankind before the growing use of AI

According to Régis Debray, the French writer and philosopher, fraternity comes about when the group becomes more compact in order to identify with a larger ambition. Revolutions have always reinforced and boosted fraternity, and the digital revolution should be no exception, at least if we manage to propose a distinctly human vision for the future. There can be little doubt that artificial intelligence will play a key role in designing this future, which forces us to seek and reinforce our adelphities, as well as to dignify and enrich them. Before the unpredictable and swift rise of the machine, our ability to feel empathy, to nurture and transmit the feeling of adelphity, is what makes us irreducibly human.